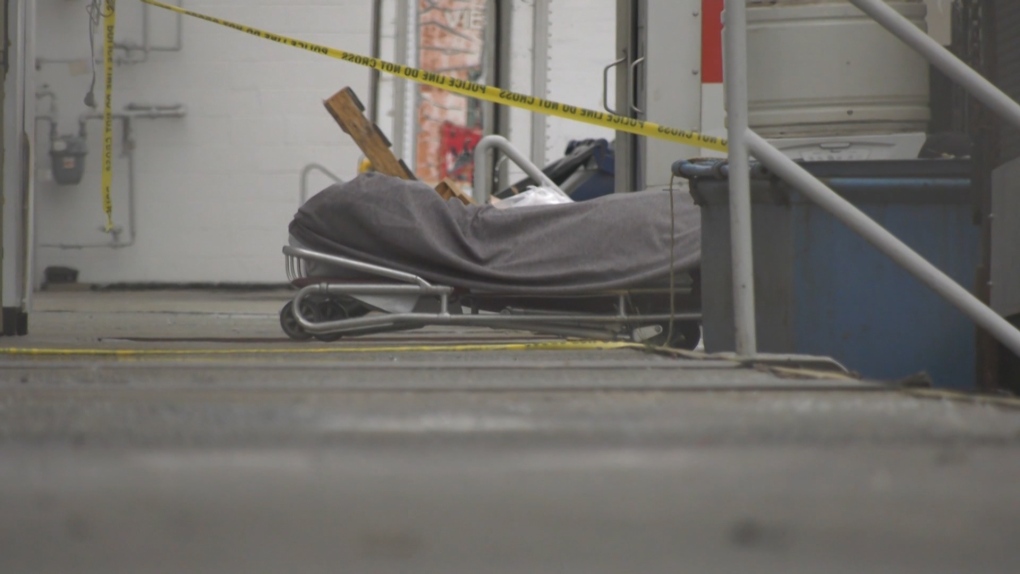 A man who killed his former boss — leaving the “lifeless body and the grisly murder scene” to be discovered by the victim’s daughter at the family-run Vancouver business — confessed to the crime voluntarily, a judge ruled.

Brian Roger Holt was charged with second-degree murder in the 2019 slaying of 78-year-old John McIver. The BC Prosecution Service has confirmed he received an automatic life sentence with no eligibility for parole for 10 years.

The sentencing followed a guilty plea, entered on June 23 – the same day a judge ruled Holt’s confession would be admissible during the trial.

While the sentencing decision is not yet publicly available, Justice Kathleen M. Ker’s decision about the confession was posted online, shedding more light on both the crime and the investigation.

Holt, the court heard, had been an employee of McIver’s Appliances in South Vancouver until 2015 – roughly four years prior to the killing.

“He did not leave on good terms. He believed he was owed significant overtime pay. By June 2019, Mr. Holt was experiencing significant financial difficulties and facing eviction from his apartment,” Ker wrote.

Several weeks before McIver was found dead in his store, Holt had shown up at the McIver family home “out of the blue,” Ker continued, explaining Holt told McIver he was looking to purchase appliances for a building he was managing. That building, McIver’s daughter later found out, did not exist.

John Leslie McIver is seen in this undated image.

On the morning of June 26, 2019, Holt showed up at the appliance store, where he was invited in and remained for about half an hour.

McIver’s daughter found her father dead when she arrived for work that morning. The “unusual interaction” of Holt’s visit to the family home and surveillance images of Holt from the day of the murder “led to his identification as a suspect,” the judge wrote. Holt was seen entering and leaving the appliance store, and later tried to use McIver’s credit and debit cards at nearby ATMs.

On July 3, 2019, the court documents say Holt was walking near the McIver family home when members of the Emergency Response Team deployed a “flash bang” before arresting him at gunpoint.

“Mr. Holt was co-operative, compliant, and polite throughout this arrest,” Ker wrote.

He was taken in for questioning. Holt remained in custody for about 24 hours and was interviewed twice by police before being released without being charged.

On July 23, he was arrested again after the investigation uncovered DNA evidence linking him to the murder scene. This arrest, Ker said, also happened “without incident.” About five hours after being taken into custody, Holt confessed.

“Walkin’ through the neighbourhood and thinkin’ children and women, or small children are afraid of me, or can see s–t, like see it on my face. I don’t know, I don’t want to walk around and live like that,” Holt said to police, after admitting to the crime, according to a transcript referenced by the judge.

“I did somethin’ bad. Gotta go f—in’ own up to it. Gotta take responsibility,”

Holt’s defence argued that Holt’s ability to give this confession voluntarily was undermined through a series of “subtle inducements,” Ker said, summarizing the argument. While no claims of mistreatment or abuse were made, Holt’s counsel instead told the court the totality of the police questioning had a “cumulative effect” that negated Holt’s free will.

The judge, dismissing the argument, said there was no evidence of coercion or trickery. Further, she found “persistent questioning” that included repeated appeals to Holt’s “conscience and morality” were “legitimate means” of conducting the interrogation that ultimately produced the confession.

“The police were not coercive in their approach with Mr. Holt. Instead, they were polite, kind, and respectful throughout,” Ker ruled.

“In this case, it was Mr. Holt’s own conscience and heartfelt remorse that caused him to confess.”