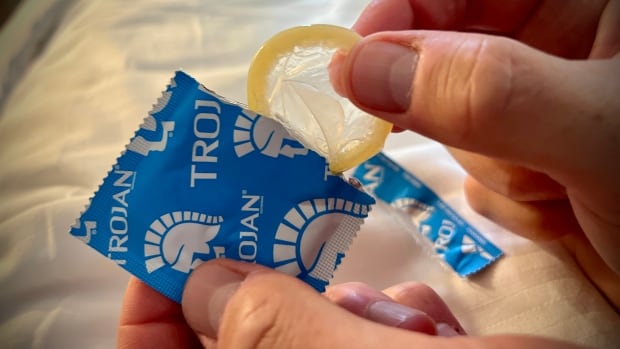 People who don’t wear condoms during sex after being told to by their sexual partners can be convicted of sexual assault, the Supreme Court of Canada ruled today.

In its unanimous decision, the top court ruled that “stealthing” — the act of pretending to use a condom, or removing one prior to sex without the partner’s consent — can violate the legal grounds for consensual sex.

“Sex with and without a condom are fundamentally and qualitatively distinct forms of physical touching,” Justice Sheilah Martin wrote in the majority decision.

“A complainant who consents to sex on the condition that their partner wear a condom does not consent to sex without a condom.”

The court ordered a new trial in the case of Ross McKenzie Kirkpatrick, a B.C. man who did not wear a condom during sexual intercourse with the complainant, even though she insisted beforehand that he wear one.

The decision doesn’t come to any conclusion about Kirkpatrick’s guilt or innocence but simply orders a new trial with the available evidence.

The complainant testified that she had not consented to intercourse without a condom.

Kirkpatrick’s lawyer Phil Cote has said his client never tried to deceive the woman. Cote has said that, during intercourse, his client asked the woman if it felt better. The woman said at the time she thought that meant the position but realized afterwards it meant the lack of a condom.

In 2020, the British Columbia Court of Appeal unanimously ordered a new trial. Kirkpatrick appealed to the Supreme Court.

On Friday, the top court dismissed the appeal.

While the Supreme Court was unanimous in its decision to dismiss the appeal, it split 5-4 on the reasons why.

Four judges agreed on the need for a new trial but disagreed with Justice Martin’s reasoning. Citing a 2014 Supreme Court decision — R. v. Hutchinson — they said condom use is not part of the Criminal Code’s definition of “sexual activity in question.”

In the Hutchinson case, a woman consented to sex with Craig Jaret Hutchinson but, without her knowledge, he pierced holes in the condom he used. The woman became pregnant.

Justices Richard Wagner, Russell Brown, Suzanne Côté and Malcolm Rowe wrote in their decision that because Hutchinson already established that condom use is not part of “the sexual activity in question,” the issue with Kirkpatrick is about fraud, not consent.

In their decision Friday, the four justices said a new trial for Kirkpatrick should be held to determine whether he acted fraudulently in not using a condom.

“Applying Hutchinson to the present case, we conclude there is some evidence that the complainant consented to the sexual activity in question, but that a new trial is required to determine whether her apparent consent was vitiated by fraud,” the justices said.

In the majority decision, Justice Martin wrote that Hutchinson does not apply to the present case.

Martin wrote that when condom use is a condition for sexual intercourse, “there is no agreement to the physical act of intercourse without a condom.”

Cote said he and his client agree with the four justices that the 2014 Hutchinson decision should have stood firm.

Cote said he has a number of concerns about the court’s decision in the Kirkpatrick case.

“One is that the law has changed, essentially, retrospectively, so what wasn’t against the law at one stage now is,” he told CBC News.

“I think that’s going to impact lots of cases that are out there, and it’s certainly going to impact police investigations. They’re going to have to think about now, what does this really mean in terms of the definition of sexual assault?”

One of those cases is that of Anna DiBella. The Surrey, B.C. resident’s criminal and civil cases — involving an allegation that a partner removed a condom during sex without her knowledge — were put on hold until the Supreme Court ruled on Kirkpatrick.

DiBella said she initially had trouble getting police to investigate the case. She said an RCMP officer told her no crime had been committed.

DiBella said that while she feels the Supreme Court made the right decision, it was also an obvious one.

“I just couldn’t imagine a different outcome … I was relieved and it met my expectations. But I can’t say I was jumping for joy, to be honest, because it felt like such a little win,” DiBella told CBC News.

“We need this, but it’s also obvious and it’s also such a small obstacle to overcome for the final result, which is like true justice and true consequences for people who do these types of crimes.”

Cote, meanwhile, warned that the decision could excessively broaden what qualifies as criminal when it comes to consent.

It was a concern shared by the Supreme Court in the 2014 Hutchinson decision. The court said it feared that broadening the definition of sexual activity to cover condom use could “result in criminalization of acts that should not attract the heavy hand of the criminal law” — such as using expired condoms or a particular brand of condom.

“Because if you think [about it],” said Cote, “now the law is that a person might have a sexual encounter with someone, and they didn’t mean to violate a term of that sexual encounter that may have been discussed previously, but now they’ll be subject to criminal liability.”

“Every person has the right to control how they are touched at every stage of the sexual interaction, and this includes whether you are touched by a penis with a condom or a penis without a condom,” Feeney told CBC News.

Isabel Grant, a professor at the University of British Columbia’s Allard School of Law, said she hopes the reasoning behind the court’s decision will be heard beyond the legal community.

“I hope that that message plays an educative role for people trying to understand what is consensual and what is non-consensual,” Grant said.

Lise Gotell, a professor in the University of Alberta’s department of gender and women’s studies, said the decision is a particularly important one for women’s rights.

“From a feminist perspective, this is a really important and great decision,” Gotell said.

“What this does is it creates clarity, and also is a decision that really respects women’s autonomy and dignity, and that is incredibly important.”

Gotell said that, based on her research on laws concerning condom use and consent, the Supreme Court of Canada’s decision is a global first.

“Internationally, it’s a really significant decision. In no other place now is the law, the criminal law, as clear on this question that condom use is part of what you’re agreeing to when you agree to sex.”