Sprite retires the iconic green bottle after over 60 years – National 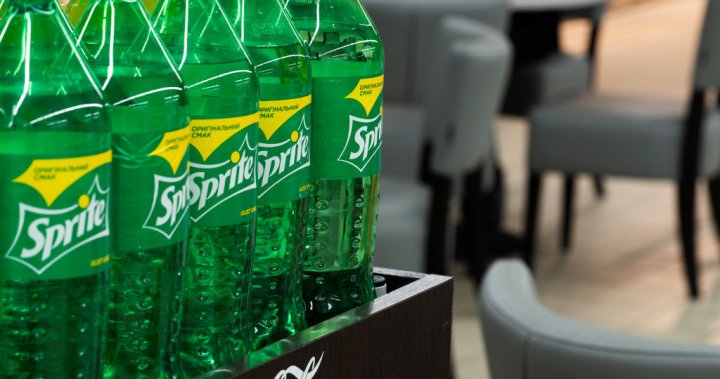 Sprite is trading in its familiar green plastic bottle design for an even greener bottle — one that supports the circular economy, according to a statement from Coca-Cola.

Starting on Aug. 1, all new bottles of Sprite will be found in clear plastic bottles, a major departure from the bubbly lemon-lime drink’s historic look.

The popular drink was launched in the United States in 1961 and quickly became a household name with its signature green packaging. Today, Sprite is the third best-selling soda in the world and is Coca-Cola’s number two brand, behind only Coke.

The company says it’s switching to a clear plastic bottle to “support a circular economy for plastic packaging.”

“Taking colours out of bottles improves the quality of the recycled material,” said Julian Ochoa, chief executive of R3CYCLE, a PET-recycling outfit that is working with Coca-Cola.

According to Chris Vallette, Coca-Cola’s senior vice president of technical innovation and stewardship, demand for recycled PET is greater than supply, so making Sprite bottles clear will help boost the availability of rPET for use in more bottles.

“The first step to scaling up use of 100 per cent rPET across our portfolio is building a sustainable pipeline of high-quality material,” Vallette said. “We do this by working with communities to boost PET recycling and collection; collaborating with recycling partners; and, finally, securing rPET to help ensure the material for our bottles is used again and again.”

In addition to the bottle changes, Sprite is also launching a revamped logo and package design that will include prominent “Recycle Me” messaging.

All of Coca-Cola’s green plastic bottles will follow Sprite’s lead, meaning packaging for Fresca will soon move to clear plastic. Seagram’s and Mello Yello sodas in the U.S. will also follow suit.

Coca-Cola also announced that DASANI bottles will be made with 100 per cent recycled PET plastic — a move the company says is projected to prevent 20 million pounds of new plastic from being manufactured and cut more than 25,000 metric tons of greenhouse gas emissions, as making recycled bottles uses less energy than new ones.

Coca-Cola has long been criticized for its large carbon footprint and contributions to plastic pollution.

In 2021, the beverage giant was named the world’s top plastic polluter, alongside Pepsi, for the fourth consecutive year by environmental firm Break Free From Plastic.

Using 11,000 volunteers in 45 countries, the firm conducted beach cleanups around the world to audit which brands made up the most plastic pollution. The most recent audit found nearly 20,000 littered Coca-Cola branded products — more than the next two top polluters combined.

2:21
How researchers are turning plastic into vanilla flavouring