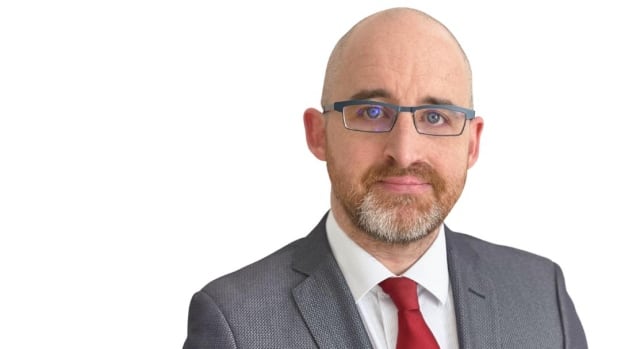 TikTok was not exactly the first choice for Michael DeRosenroll when considering how to reach people to inform them about human rights law.

“But when I looked into it, I started specifically looking at how other lawyers are using TikTok,” the St. Albert-based lawyer said.

“I thought I could … tell entertaining stories about human rights law in a way that hopefully engages people.”

He does this by relying on 15 years of experience as a lawyer and former work as legal counsel to three directors of the Alberta Human Rights Commission.

DeRosenroll said one of his first videos to garner attention was explaining a decision made in April by the Condominium Authority Tribunal in Ontario, which ruled in favour of an individual who was diagnosed with a mental health disorder and required an emotional support dog.

When considering what cases to discuss, DeRosenroll said relatable situations or a legal precedent make for an engaging watch.

The legal community is using the social media platform to create snappy and informative videos to help the public understand the complexities of law.

One lawyer who DeRosenroll modelled his content after is Darren Schmidt, a family and divorce lawyer with Kidston and Company LLP in Vernon, B.C.

Schmidt started his account a year and a half ago and said it stemmed from wanting to engage creatively with the public.

He said working within the platform’s limitation, such as the three minute video length, can lead to greater experimentation.

“You do have to be careful about what you’re doing on those time limits, but it does force you in a way to become a better lawyer or a better speaker, or a better thinker,” Schmidt said. “Because you’re required to condense a complex topic into a very short amount of time.”

In her line of work, she often deals with families going through divorce or separation.

“I am very passionate about transforming the way in which families experience that transition from living together under the same roof into two separate and apart homes, especially when there are children,” Panko said.

“That desire to really help people understand and really normalize this transition, it takes away some of that shame, some of those feelings of failure.”

Marcus Territory is a licensed paralegal and law student in Toronto.

Having garnered a community of 1.4 million followers, Territory said people respond to law content that is dynamic but factually accurate.

“Many of the TikTok lawyers that I have seen … many are still operating in the vein of ‘I’m gonna recite, basically a law textbook, in front of a camera and I expect people to pay attention’ and that’s not enough.”

“We need to get better at that as an industry for sure because, the ivory tower image of the law is great. In some senses, it promotes respect for the profession and a sense of integrity,” Territory said.

But he said that distance can also be a detriment.

“It also makes you want to protect that image by not ‘lowering yourself’ … and we want to help people … and reach them in a way that speaks to them,” he said.

For DeRosenroll in Alberta, he said working in human rights law has presented unique challenges for people seeking legal assistance.

“When I used to be counsel to the director of the Alberta Human Rights Commission … I interacted with a lot of members of the public who are unrepresented, who didn’t have a lawyer,” DeRosenroll said.

“The thing about legal aid is it’s generally focused on criminal law, ensuring that people who are charged with criminal offences get lawyers, that’s their primary function.”

But because something like a human rights complaint is a type of civil claim that may result in financial compensation, those cases do not necessarily align with receiving legal aid, DeRosenroll explains.

“The problem is the court system isn’t set up to deal with it very well either, because you really need a lawyer to do well in terms of accessing the system. But if you don’t have money, that’s a challenge,” DeRosenroll said.

In B.C., Schmidt said it’s difficult for lawyers to classify what access to justice actually means.

“But if there’s one thing I’ve really taken away from doing this on TikTok, it’s that access to justice can look like a video on TikTok … I’ve gotten countless messages from people from across Canada saying, ‘Thank you for your videos, they really helped me move through my divorce in a more amicable resolution focused way.'”