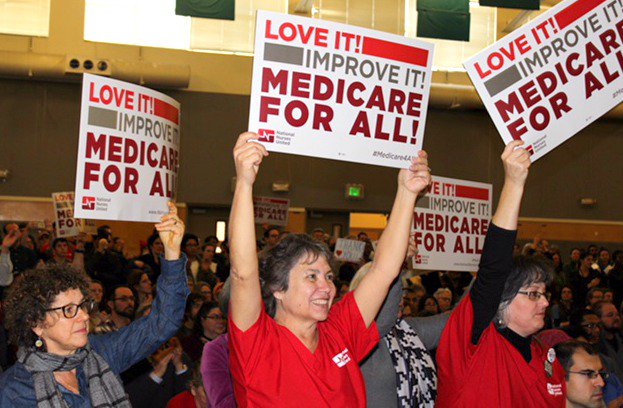 Members of Congress got an earful from constituents about keeping the Affordable Care Act. Enough lawmakers listened, and the replacement bill failed. Democracy at work.

In a failure as epic as Napoleon’s defeat at Waterloo, President Trump and House Speaker Paul Ryan lost soundly on a central part of Trump’s 2016 campaign and an issue in Republican campaigns for the past seven years — repealing and replacing the Affordable Care Act. You might even say they got “shellacked.”

In the final push to pick up needed GOP votes, Ryan actually lost rather than gained votes for the American Health Care Act. Sweeteners added to the bill, such as the move that would benefit Republican-controlled upstate New York but not Democratic New York City, failed to sway moderate New York House members. Added provisions such as delegating the specifics of what should be essential health benefits to the states weren’t enough to attract the Tea Party members in the Freedom Caucus. Without the votes, Ryan and Trump made the decision to pull the bill rather than 1) lose on the floor of the House and 2) have GOP members tainted with their “yes” or “no” votes, something they would have to run on (and against) in the 2018 midterm elections.

Both Ryan and Trump were forced to admit their failure in public, repeating the lies that the ACA is not sustainable. Trump blamed Democrats and repeated over and over that Obamacare would “explode” and “collapse,” cherry-picking big hikes in premium increases in states that didn’t establish health insurance exchanges while ignoring the places across the country where premiums had stayed steady in states with such exchanges.

As the proposal known as the AHCA drifts into the deserved legislative dustbin of history, let’s review how it — and the ACA — came about:

So the ACA remains the law of the land, as GOP leaders conceded. So many people across the political spectrum benefit from its provisions that there’s no turning back. Once benefits are given, lawmakers know that it’s nearly impossible to take away provisions such as free preventive care, birth control, Medicaid expansions, and coverage for pre-existing conditions. Telling people, as CBO Director Mick Mulvaney did, that you could always move or change your state legislature if your state didn’t offer maternity coverage, just isn’t going to cut it.

But Obamacare does need fixing. Cost is still a major factor. Just like every other piece of major health legislation, it needs tweaks and will continue to need more changes in the years ahead. Don’t forget that Trump, congressional Republicans, and Health and Human Secretary Tom Price all have opportunities to undermine the law and make things worse, by changing Medicaid waivers, underfunding insurance subsidies, and causing even more uncertainty in the health insurance market. 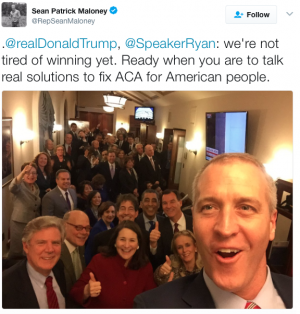 Republicans would do themselves a huge favor, both electorally and morally, if they met with Democratic counterparts to work on some of these fixes. At first, there’s bound to be little overlap, as some of the most liberal Democrats are still clamoring for single-payer while the most conservative Republicans think health insurance should be able to be so basic as to cover only catastrophic events.

Fortunately, experts offer plenty of good starting places. “True health care reform will happen when care is redesigned around the patient, not the doctor or hospital; when the financial incentives reward better health outcomes rather than hospital beds filled; and when the consumer has access to information to make good choices,” said a piece in the Harvard Business Review. Some of the specific ideas of things to keep and things to improve:

A story in the liberal New Yorker quoted several ideas from the conservative Wall Street Journal:

Those are just a few of the many ideas across the political spectrum. The American Action Forum has suggestions that include how to better regulate the insurance market. A piece from CNBC discussed the need for more pricing transparency. The Century Foundation lists steps that include expanding access and getting rid of waste. A few years ago, USA Today even offered bipartisan solutions to the ACA’s woes, including fixing how Medicare pays doctors and ways to move people from Medicaid to paid coverage.

Conservative David Frum wrote in The Atlantic about the lessons to be learned for fellow Republicans and possible steps forward.

In that third week in March in 2010, America committed itself for the first time to the principle of universal (or near universal) health-care coverage. That principle has had seven years to work its way into American life and into the public sense of right and wrong. It’s not yet unanimously accepted. But it’s accepted by enough voters—and especially by enough Republican voters—to render impossible the seven-year Republican vision of removing that coverage from those who have gained it under the Affordable Care Act. Paul Ryan still upholds the right of Americans to “choose” to go uninsured if they cannot afford to pay the cost of their insurance on their own. His country no longer agrees. … Health care may not be a human right, but the lack of universal health coverage in a wealthy democracy is a severe, unjustifiable, and unnecessary human wrong.

UPDATE: OK, the House actually made the bill worse and passed the damn thing on May 4. In effect, GOP representatives just wanted a “win” for their side, so they dumped the whole thing at the Senate’s door. We’ll see what happens now.

NEW UPDATE: As of July 28, the Senate narrowly defeated a “skinny repeal” bill that — theoretically, at least — wouldn’t become law but would be reconciled with the House bill. Luckily, the country is spared that monstrosity.

← Why Chicago police don’t need increased stop-and-frisk
Signs of hope for Democrats in 2018? A cautious yes →

1984: At least 1,000 people were killed as Indian troops stormed the Golden Temple in Amritsar, India, which was being held by Sikh militants. Click Political murder of the day for details.