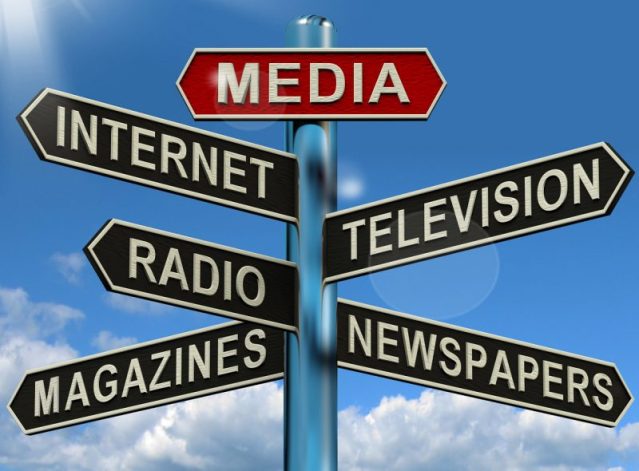 It’s not hard to pick out the over-reported stories of 2016: The media obsession with Hillary Clinton’s emails and the nonstop coverage of Donald Trump top the list. But what stories got passed over?

The staff at billmoyers.com did a roundup of many issues that got ignored. Those issues deserved a closer look and shouldn’t have been relegated to a news black hole. The sins of omission range from not covering election-related policy positions to basically ignoring the Republican-led Senate’s refusal to consider President Obama’s nomination of Merrick Garland to the U.S. Supreme Court to silence on this year’s success of the nation’s safety net in getting people out of poverty.

The elite mainstream media considers only certain issues as important — US economic growth, the supposed looming crisis of Medicare and Social Security shortfalls, Middle Eastern war, and Hillary Clinton’s email server — and just ignores everything else. In so doing, they have done a great disservice to the American public.

Far too many in the media ignored the GOP’s attack on voting rights. There were 26 debates during the presidential primaries and general election, but not a single question about the gutting of the Voting Rights Act. Cable news devoted hours and hours to Trump’s absurd claim that the election was rigged against him while spending precious little time on the real threat that voters faced.

My nominee for 2016 — another topic that got not a single question or comment in those debates — would be the Afghan War, now officially the longest in US history. It’s 15 years since the Bush administration, the CIA and the US military “liberated” that country, and still the war there goes on (and goes increasingly poorly); close to 10,000 American troops, not including private contractors, continue to be stationed there on enormous bases (and are still dying in small numbers); in the Pentagon, officials talk about a “generational” approach to that war extending into the 2020s; US air power has once again been unleashed there as the strength of the Taliban grows. And yet here, both in the media and in the consciousness of the American public, it remains the war that time forgot.

Chris Hedges, columnist for Truthdig: The Trump voter. (I disagree — I think Trump followers got lots of coverage, but here’s his say.)

The media, trapped in their echo chambers of talking heads and official pundits, myopically focused on ratings and advertising revenue, utterly failed to capture the incendiary mood of a disenfranchised working class that elected Donald Trump. The press fleetingly admitted it got it wrong. It then went straight back to filling air and print time with the court gossip of who would or would not be appointed to positions of power. The corporate press, which eschews reporting on issues of substance, functions primarily as courtiers and entertainers not journalists.

I would suggest that the most under-covered story of the year was the Merrick Garland nomination at the Supreme Court. What began with impetuous tweets only hours after Justice Antonin Scalia died, turned into a full-scale policy to keep anyone President Obama tapped from having a vote, a hearing or even — in most cases — a courtesy meeting with a manifestly qualified centrist judge. The perfectly pretextual arguments proffered: That the president is a lame duck for a quarter of his term in office; that this particular seat was of some weighty significance that required “the people” to decide, were both unprecedented and unsound. That they morphed over the summer into GOP promises of full-scale obstruction for any nominee Hillary Clinton would put forward over four years in office shows that both arguments were also, in fact, lies.

Jeremy Slevin, associate director of advocacy, poverty to prosperity program at the Center for American Progress, and Greg Kaufmann, editor of TalkPoverty.org: The social safety net.

Poverty would be nearly twice as high without our safety net. It was overlooked last year, and it was missed again this year too, when we learned that 38 million people escaped poverty thanks to public investments.

When we hear politicians talk about “government,” it is often as a distant bureaucracy — the IRS ‘taking your tax dollars’ or the bloated Pentagon budget. Lost in the conversation are the millions of people who receive services or assistance that they cannot obtain through the private sector. This includes everything from Social Security to food stamps to rental assistance to Head Start to school lunch programs.

Those are just a few examples of media failures in 2016 — go check out the whole list to learn more. Commenters chimed in with suggestions of their own. And where was discussion of the lack of coverage about climate change? But even spelling out these failures out probably won’t make any difference. Don’t expect the media to rush in to start covering these topics.

After all, Kim Kardashian is back on social media, and Donald Trump released some new tweets today, so what else matters?

1965: Remembering Malcolm X, the man who inspired the Black Power movement, who was shot and killed as he was giving a speech in New York City. Click Political murder of the day for details.