So many #NeverTrump groups, so little payoff 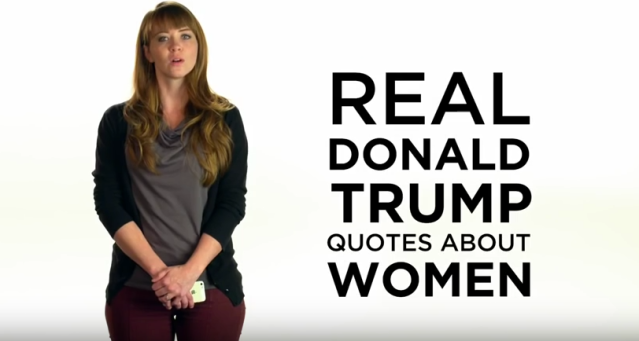 A lot of time, effort, and money is being spent trying to stop Republican presidential frontrunner Donald Trump’s march to the GOP nomination. And the groups and individuals funding those efforts are getting almost no bang for their megabucks.

As of late March, political action committees had spent more than $25 million against the real estate mogul, according to a compilation of super PAC spending on Slate, citing figures from the Federal Election Commission. Most of the money is coming from conservative big-money groups and organizations favoring other Republican candidates. These efforts have gone mainly to TV advertising in multiple primary states, with less expenditures on voter guides and mailers.

So far, the pattern has been as follows: An outside group sponsors a negative ad about Trump. Trump responds in a juvenile way. Unaffected and unpersuaded supporters deliver votes for Trump. He continues to rack up delegates. The #NeverTrump gangs might be wasting a fortune, but they probably feel better about themselves. Then again, when you’re that rich, several million dollars donated to a super PAC might be just chump change.

So what are some of these groups in the #StopTrump movement, who’s behind them, and what are they getting for their money?

The Our Principles PAC has one purpose: “to prevent Donald Trump from hijacking our great Party.” The only reason Trump hasn’t been stopped yet, the group says, is because “no one has really tried.” The PAC was formed by Republican strategist Katie Packer, who was Mitt Romney’s deputy campaign manager in 2012, and the group is responsible for the ad featuring women reading sexist Trump quotes.

Much of the funding for Our Principles PAC comes from Marlene Ricketts, wife of billionaire Joe Ricketts, who founded TD Ameritrade and whose family now owns the Chicago Cubs. Expenditures so far: $9.1 million. Trump’s infantile response to these negative efforts was to threaten to send mean tweets about the Ricketts’ management of the Cubs.

(As a lifelong Cubs fan, I can tell you that supporters of the Cubs have suffered a lot worse than insults from Donald Trump. Like 108 years without winning the World Series isn’t bad enough? We didn’t get our hearts broken over and over again in the epic meltdowns of 1969, 2003, and last year’s collapse in the NLCS against the New York Mets? Sorry, I digress.)

The Make America Awesome PAC is the group behind the ad in Utah showing a nude image of Trump’s wife, Melania. The PAC is run by GOP strategist Liz Mair and also has run ads in Iowa, New Hampshire, and Nevada. Although it’s true that Texas Sen. Ted Cruz bested Trump in the Utah caucuses, winning all of the state’s delegates, Cruz likely would have won the state no matter what. Polls since mid-February had Cruz far ahead and rising, with Trump dropping faster than his TV ratings for The Apprentice.

Running a naked picture of a candidate’s wife should definitely be off limits in any political campaign, even if she did pose for such a photo back in her modeling days. Trump’s predictable response was to engage in a Twitter war with Cruz, threatening to “spill the beans” on Cruz’s wife, Heidi. (There were never any specifics about what Trump was going to “expose.” Presumably the Trump agents looking for dirt on Heidi Cruz are the same ones searching for “proof” that President Obama wasn’t born in Hawaii.)

Cruz retaliated with tweets of his own, calling Trump a coward and using the hashtag #classless. Hate to break it to you, Senator, but when a presidential candidate is bragging about the size of his penis during a nationally televised presidential debate, we passed “classless” long ago.

There are efforts on the left, too. The Immigrant Voters Win PAC is orchestrating a $15 million campaign, funded mainly by George Soros, to register Latino voters and to work against Trump. The Wall Street Journal describes planned attempts by “22 liberal groups” led by MoveOn.org for anti-Trump protests at the Republican National Convention and elsewhere.

A CNN story reports that on the day before Super Tuesday on March 2, more than half of all Republican-related campaign television spots were anti-Trump ads. “The attack ads played more than 4,000 times on local broadcast stations and national cable channels, according to Kantar Media’s estimates. Just one day’s worth of saturation messaging cost the anti-Trump groups $5.9 million.” A Vox story says anti-Trump ads cost $5.80 per vote in Florida and $4.98 per vote in Illinois for the March 15 primaries—both states he won (although the Rubio campaign squandered even more).

How did Trump do in all of those contests? Oh, that’s right—he won most of the states and delegates, with Cruz winning Texas, Rubio winning Minnesota, and Kasich winning Ohio. A lot of money was spent to fight Trump with not much to show for it. And Trump has passed the halfway mark to the magic number of 1,273 delegates needed for the nomination.

So the super PACs aren’t having much luck in changing voters’ minds about Trump. If widespread super PAC spending fails, here’s a new anti-Trump approach that its creators hope will resonate with women across America.

According to a story describing the effort from New York Magazine, Chandler Smith, a Cincinnati mother of three, and her husband, Blake, decided to start their own unique anti-Trump movement. Now there’s a new website, Vote Trump Get Dumped, and a corresponding Twitter account, @WomenDumpTrump. Just like in the Greek classic Lysistrata, the aim is for the women who join this movement to promise to withhold sex until their partners agree to disown the Donald. In other words, “If you’re Trumpin’, we’re not humpin’.” As the website states:

Those who vote Trump should understand this: No sex. No dates. No chance.

To cast a vote for Trump is to agree with his sexist, perverted, demeaning, backwards, offensive treatment of women. Learn what’s at stake.

Join us by wielding your influence. Until Trump is defeated, we don’t date, sleep with, or canoodle with Trump supporters.

The Greeks did it. Women during the temperance movement did it. This is a tried and true method of getting men’s attention when they’re being dumb.

“We had a hunch that the combination of humor, anger, and sex would be pretty shareable,” Chandler Smith said. The effort started on March 8, but it seems to have caught on. Within two weeks, the @WomenDumpTrump account and the website already had 48,000 Twitter followers, 49,000 Instagram followers, and 13,000 Facebook followers.

When users click the “take action” button, the website links to some of Trump’s misogynistic and sexist comments and encourages women to create and share images on social media spreading the Dump Trump meme. The main image on the site (which comes in a variety of skin tones, from lily white to dark brown) is the symbol of crossed legs, suggesting … well, you get the picture. The site also encourages users to change their profile pictures on social media sites to photos showing them with crossed legs or fingers, sending the same message. “Bonus points if you paint your nails red and blue,” the site suggests. The FAQ section has links to other sites highlighting Trump’s sexist comments.

“Four years of Trump, or four years of sex,” says a story about the Vote Trump Get Dumped website on Huffington Post. “Choose wisely.”

← North Carolina, get ready for an LGBT business backlash
Is Donald Trump deliberately trying to lose? →

1993: Remembering the victims of the first bombing of the World Trade Center. A memorial was destroyed when the towers were hit in 2001, so the seven names are part of the larger memorial. Click Political murder of the day for details.