Past isn’t prologue in 2016 presidential race 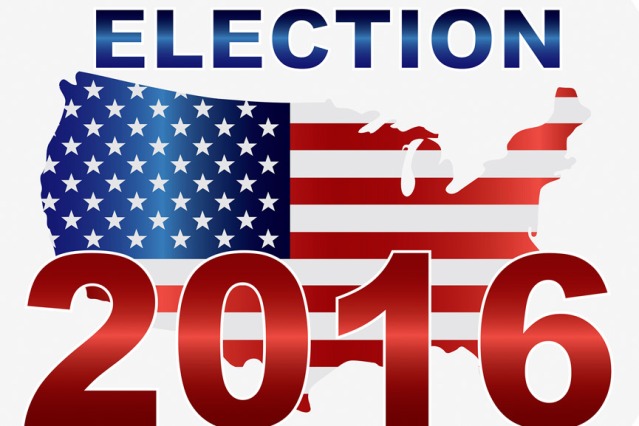 We have entered new, uncharted political territory in presidential politics. Any time a politician, pundit, or pollster makes a “sure” prediction about next year’s presidential contest, you can give it as much credibility as a story about a Kardashian entering a nunnery.

Take a new story by Reuters, claiming that there are “two simple reasons” a Republican will win the presidency in 2016. The evidence, based on “models, not polls” comes from two assumptions: When a party has held the Oval Office for two straight terms, voters pick the other party; and when a current incumbent’s approval rating is below 50 percent, voters pick the other party.

The 2016 presidential election is a little more than a year away, and voting in the first caucuses and primaries starts in a few months. It’s true that current horse-race polling is meaningless, except that it determines which Republicans make it to the next grown-up debate instead of sitting at the kids’ table. Candidates’ standings will continue to rise and fall, especially on the crowded Republican side, until voters actually start casting ballots.

The Reuters story, using an analysis of data in 300 polls across 40 markets going back to 1980, shows that 12 months before an election, the average error in polls is 7.9 percent. By one week before the election, the error rate is only 1.9 percent.

So what happened in 2012, when every major poll was calling the presidential race “too close to call,” and President Obama beat GOP nominee Mitt Romney by more than four points? Romney’s total was symbolically close to 47 percent — the same percentage he mentioned in his infamous remarks at a private fundraiser that 47 percent of Americans are “takers.” Gallup’s polling was so bad that it decided to abandon presidential polling altogether.

Reuters model also disregards the changing demographics of the country; the red state-blue state divide, which favors Democrats; and the fact that the Republican Party’s favorable rating is low and heading lower. (Not that the Democrats’ favorables are all that much higher…)

Let’s face it. The media aren’t doing very well in calling the shots this election cycle.

Almost immediately after real estate mogul Donald Trump announced his candidacy, the media nationwide started pronouncing that it was only a matter of time before his presidential run collapsed. Those predictions were based on who Trump insulted (just about everyone, at this point — too many to list); his lack of organization (he’s now hiring more people in different states); his lack of religiosity (he’s still leading in Iowa, home of ultra-conservative evangelical Republican voters). How’d those predictions do? Oh, yeah — Trump is leading by anywhere from a few points to double digits, depending on the day and the state.

The media all but anointed former Florida Gov. Jeb! Bush as the eventual GOP nominee at the start of the campaign because of his huge cash advantage. Despite the fact that his super PAC is spending $24 million in television ads, Bush has dropped to single digits — and stayed there.

Hillary Clinton was the “inevitable” Democratic candidate to everyone in the media. Then Vermont Sen. Bernie Sanders started drawing tens of thousands to his rallies. By the time the media started paying attention to Sanders and his supporters, they were the ones feeling the burn.

The next meme was that Clinton was washed up because of the “scandal” involving her use of a private server for her government email when she was secretary of state. Vice President Joe Biden to the rescue, wrote political reporters nationwide.

One good debate later, plus the fact that three Republicans have admitted that the House Benghazi investigation committee is basically a political witch hunt, and all of a sudden Clinton is inevitable again.

Please. Can we put the emphasis on substance and policy — what candidates actually would do for the country — and relegate the polling and predictions to the bottom of the story?