There may be as many as 22 “serious” Republican contenders for president. With so many candidates, how do the RNC and the TV networks decide who belongs in the nine scheduled debates?

They could place candidates in a giant tic-tac-toe box, a la Hollywood Squares, but that might be too “Left Coast” for this bunch. They could use polling as one of their criteria, but that changes week by week, with so many candidates barely registering in the single digits.

No, I think it’s time for a new approach. In honor of Florida Sen. Marco Rubio, who once famously let his thirst overcome his political ambition when giving the GOP response to President Obama’s 2013 State of the Union address, I’m calling it Parched Sadness.

Just think! We could divide the contenders into brackets, just as in the basketball tournament. Lower-ranking presidential hopefuls would need to win a debate-off, sort of a play-in game, to get into the brackets. Instead of using the country’s geography, here’s how we would break this down:

Koch Bracket: All the candidates either have or wish they had their own sugar-daddy billionaires, but the top seed has to be former Florida Gov. Jeb Bush, who has been raking in the dough like Croesus. Wisconsin Gov. Scott Walker, the love child of Charles and David Koch, is a close second. Florida Sen. Marco Rubio also places in this bracket because of his backing from Florida billionaire auto dealer Norman Braman. Play-in candidates are New Jersey Gov. Chris Christie, who thought he was a lock for Wall Street money but whom no one likes anymore, and former Hewlett-Packard CEO Carly Fiorina, who is under the delusion she’ll get backing from the tech sector.

Just for fun, here’s that rare caterpillar that looks like Donald Trump’s hair. 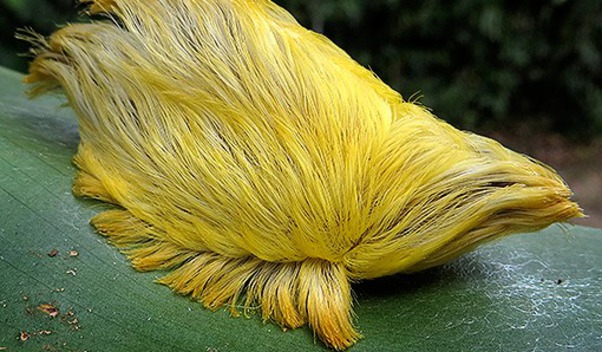 Neocon Bracket: Top seed is former U.N. Ambassador John Bolton, who spread as much false information about Iraq’s WMDs as anybody. South Carolina Sen. Lindsey Graham runs a close second, because he never met a war he didn’t like. New York Rep. Peter King belongs here because of his wacky House hearings on the “radicalization” of American Muslims, which many compared to the hearings of Wisconsin Sen. Joe McCarthy in the 1950s.

Jesus Bracket: Top seed is Former Arkansas Gov. Mike Huckabee, who has to be No. 1 because he’s an ordained minister and never tires of bringing the religious crazy, like the time he blamed the shootings at Sandy Hook Elementary School on the lack of school prayer. Not far behind, though, are former Pennsylvania Sen. Rick Santorum, who once compared homosexuality to beastiality, and Louisiana Gov. Bobby Jindal, who wants to make his state’s “religious freedom” law even worse than Indiana’s. Indiana Gov. Mike Pence belongs here by default as penance for his state’s dumb RFRA law.

Nutjob Bracket: Top seed is a tie between Kentucky Gov. Rand Paul, who claimed that the Ebola virus could be transmitted through the air, and retired pediatric neurosurgeon Dr. Ben Carson, who compared Obamacare to slavery and keeps saying America is like Nazi Germany. Texas Sen. Ted Cruz is a natural for this bracket, too, because of wacky claims like his statement that gay marriage leads to Christianity becoming hate speech. It’s a shame Texas Rep. Louie Gohmert was only teasing with rumors of a run, because he’d win this round hands down.

Grover Norquist Bracket: Oh, who am I kidding? They could all belong here.

Obviously, this isn’t working out evenly, mathematically speaking. So Mike Pence will face Ted Cruz, because we all want Cruz to go away, and that winner stays in the Jesus Bracket. Rand Paul and Ben Carson will each get a bye in the early rounds so they can think of even more outrageous things to say.

But hey, it’s early days. Someone could drop out, or a new candidate could throw his or her hat in the ring. And maybe Louie Gohmert will change his mind…

UPDATE: OK, so we’ve had a few dropouts. John Bolton and Rick Snyder say they’re definitely not running, and Mike Pence will seek another term as Indiana governor. Others are on the verge of announcing actual candidacies. Still, even with 19 contenders, candidates will be tripping over each other on any debate stage.

All joking aside, Bobby Jindal has come up with an actual good idea — divide the early debates and assign candidates to debates randomly. At least that will give American voters a chance to hear what these would-be leaders have to say.

NEW UPDATE: OK, we’ve had more dropouts. Former Texas Gov. Rick Perry and Wisconsin Gov. Scott Walker were barely registering in the polls, so one has ridden off into the sunset, and the other has put a cheesehead back on. Since Jim Gilmore didn’t even register high enough to earn a place at the kid’s table in the last debate, he might be next. And Louisiana Gov. Bobby Jindal says it “isn’t his time,” so he’s taking his barely registering poll numbers and going home.

MORE UPDATES: Sen. Lindsey Graham is dropping out so he won’t be embarrassed by losing so badly in his home state of South Carolina. Former New York Gov. George Pataki has missed so many filing deadlines to get on several state ballots that it’s no surprise that he, too, is out. After the Iowa caucuses and the New Hampshire primary, those barely registering decided to hang it up, like Rand Paul, Rick Santorum, Mike Huckabee, Chris Christie, Carly Fiorina, Jeb! Bush, and (finally!) Jim Gilmore. And Ben Carson is choosing to be alone with his fruit salad. And Marco Rubio is spending more time with his water bottle.

So we’re now down to three, although Kasich is definitely at the bottom of the electoral pool. Stay tuned.